Preparing Your Business for Virtual Reality

Virtual Reality. If you were born before 1990, you're probably rolling your eyes or even laughing out loud every time Wired or Forbes publishes a new piece about it's impending revolutionary impact. In all fairness, the last time you were intrigued by the concept was probably as a child, when you had the unfortunate experience of sitting through made-for-television sci-fi movies, where the protagonist strapped an alien looking VR device to his forehead in order to save the galaxy from imploding.


Or maybe you had an even more unfortunate childhood experience, where one Christimas morning you eagerly opened up a Nintendo Virtual Boy or Sega VR Glasses - in which case your Christmas  evening almost certainly consisted of  a migraine and disappointment. 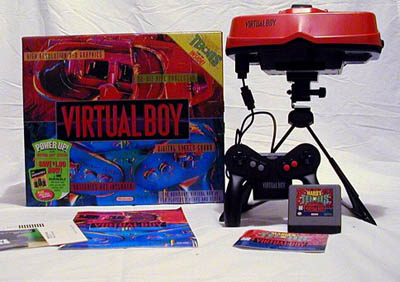 But it's been over two decades, and it's time to give virtual reality another chance. If it's of any consolation, Larry Page and Mark Zuckerberg certainly are. Google is actively promoting it's build-it-yourself style Google Cardboard VR device, while simultaneously converting it's street views of the world into virtual reality.

And of course, you've probably heard of Facebook's Oculus project - an initiative to create the most immersive VR headset to date, which was thrusted into action by it's  $2 billion dollar acquisition of the Oculus Rift in 2014.

If you aren't quite convinced yet, maybe flipping perspective will get you there: Betting against Virtual Reality is betting against Google, Facebook, Samsung, Sony, Nokia and just about every other Fortune 500 tech company - the pioneers of the modern internet. So as a business owner, what does this mean for you? Remember around 1999-2000, when all of your competitor's in the uh... Yellow Pages... were getting websites. The ones that didn't hop on the train, probably aren't around anymore.

And remember in the last 5 years, when your marketing director first started harassing you about making your website responsive- or mobile friendly? Your competitors who didn't listen are  now getting heavily punished in SEO results, while simultaneously frustrating iPhone and Android users everywhere.

The same pattern is already en-route to repeating itself with Virtual Reality. By conservative estimates, if I can't strap on my VR device and be transported to the inside of your restaurant/college campus/venue/rental property in 2017, I'm going to be at least a little bit disappointed. And by 2018, my friends and I  might just be making fun of you for not being on a VR platform.

If you haven't already, take the $20 plunge, and pickup a Google Cardboard VR device. Transport yourself inside of the Smithsonian, or the streets of Paris, and begin to picture how  Virtual Reality of the inside of your business might just revolutionize your digital presence.

Posted by Anonymous at 9:43 AM