When your mind thinks, it does so in pictures.


The right side of your brain is often referred to as the “visual hemisphere” because it is in charge of processing visual stimuli.


We as a species that generally responds best to visuals. The more we can visualize things, the more we can identify with them.  Pictures emphasize points that text and aural advertising make.  A pair that is at least one part visual-based is guaranteed to capture your audience more than marketing that is strictly text or strictly aural.


In the age of Facebook, we have seen visual content become the marketing monster. Social media sites and applications revolve around visuals: Facebook has moved to be more photo friendly, Instagram and Tumblr have not slowed growing -- images are everywhere.  Even tweets with images are more popular than their text-only counterpart. In the chart below provided by Buffer, we see that tweets with images received much higher levels of engagement than those without. 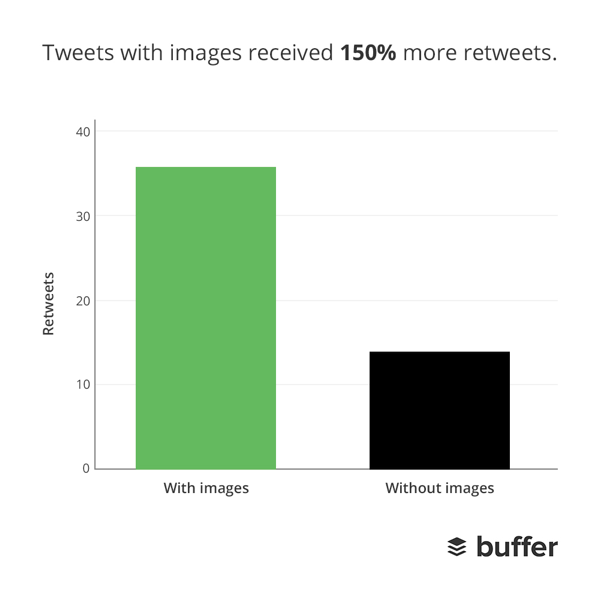 Images make it easy to engage: it is much quicker to read a statistic with an image background than it is to read a business’ whitepaper.  The potency behind images is no secret: the colors and designs are attractive which gain customer’s attention, and the text is kept to a minimum, so no matter how quick of a glance they give the image or ad, the point will get across to them.


As images have become increasingly more important, some companies have capitalized on producing media that is not only attractive, but also engaging. This gives potential customers the chance to engage with the media, increasing the opportunity to convert them to buyers.


We at Virtual Compass work with companies interested in providing more engaging media by creating virtual tours. A virtual tour can mean multiple things: it can be a panorama, an online “walking tour”, or 3D simulations.


Having worked in multiple industries, we now have a bit of insight into how these tours and other sorts of interactive media are contributing to increased sales, bookings, and most importantly, customer satisfaction.


The real estate industry was one of the first adopters of interactive media, using interactive floorplans and slideshows of a house.  However, agents were quick to realize that asking viewers to “imagine a room adorned in so and so fabric” just wasn’t making the cut.  As nice as photos are, they leave many questions to be answered. Pictures of interior spaces leave out the essence of the house, how it flows from room to room. For real estate agents who do not have a budget to outsource picture services at all, consider having more photos. Not just one or two, either -- I’m talking a lot here. Point2 Technologies recently had a survey proving that more pictures led to an increased effectiveness of the online presence of your listing. Matterport goes a step farther and provides 3D renderings of your listing, really bringing the home to the interested parties. We at Virtual Compass believe in simplicity and so have created tours that are easy to make and easy to share. Having panoramas and the ability to add in certain “stops” to be highlighted makes it so that you can have a customized tour in minutes for your listing.
Do your listings a favor and find a way to give them the attention they deserve.

Putting a little more effort into creating an experience rather than posting a photo is going to pay off in dividends.  Why not at least try it out?

Posted by Anonymous at 9:39 AM